Quicksilver was created in June 2003 by Blacktree Software.
Three years later, in November 2006, the project was released to the open source world.

Following this, Quicksilver had a shaky few years, with its future looking bleak. Several developers fixed a few bugs between 2007 – 2010, but nothing major was achieved.

Just when Quicksilver looked almost certain to die a slow death, a new group of invigorated developers picked up the project, creating a new QSApp.com site, twitter account and blog.

In the early months of 2011, several developers worked vigorously to bring Quicksilver back to its former glory, and to what you see today.

Today, at over 19 years old, Quicksilver is the maturest and most versatile launcher application on any operating system.

Quicksilver is maintained by a small group of devoted volunteers. People come and go, as with any open source project, but the main core are those shown below.

Patrick is a freelance developer, who develops mobile apps, macOS apps and web apps. He first contributed to the Quicksilver Project in June 2008. Since then, he's gradually expanded on his knowledge of Cocoa and coding for macOS.
In late 2010, he had the idea of setting up QSApp.com and was a main initiator in kick-starting Quicksilver back into life.

Today, in and out of his freelance developing, he juggles between writing code for Quicksilver, managing QSApp.com, creating press and urging others to join the Quicksilver band-wagon.

Why does he do it? — Because he loves Quicksilver like so many, and believes with passion that there's nothing better out there. 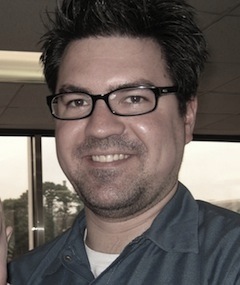 Rob's first contribution was a Remote Hosts Plugin for Quicksilver, accompanied by extensive documentation on building plugins for Quicksilver. This paved the way in making it easier for coders to untangle the complexities of Quicksilver's codebase.

Rob is a keystone in fixing bugs and implementing new features in Quicksilver, be it writing plugins or creating new interfaces. He's an avid fan of documentation and helps ensure plugins are as easy as possible to understand.

Why does he do it? — Similar to Patrick, Rob's been a Quicksilver user since its creation, and just couldn't afford to see it disappear. 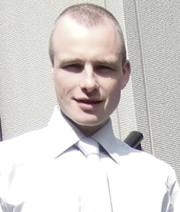 Following this, he went on to create the @LoveQuicksilver Blog where he regularly posted hints, and answered users' questions.

Why does he do it? — The name 'LoveQuicksilver' says it all. Another avid Quicksilver user, but not a coder, Phil found his own way of contributing to the the Quicksilver Project.

Those who are not Forgotten

There are many other notable contributors to the Quicksilver Project.

If you'd like to be a part of the project, there are many ways in which you can help: Translation, Coding, Documentation, Supporting Users or simply just Spreading the Word.